Dr. Conroy is originally from Chesapeake, Virginia.  She initially began her education at Virginia Tech with plans to major in liberal arts, but her love for animals and veterinary medicine quickly pulled her back to the agricultural side of campus, resulting in a bachelor's degree in Animal and Poultry Sciences in 2013.  During her time at VT, Dr. Conroy enjoyed competing on the Horse Judging Team and working at the Sheep Center, in between football games and tailgates, of course!  After graduating with her DVM from Virginia Maryland College of Veterinary Medicine in 2017, Dr. Conroy spent several years at a general practice/emergency medicine hybrid clinic, where she developed an interest in minimally invasive procedures.

Dr. Conroy is proudly serving on the VMCVM Alumni Board and the Virginia Veterinary Medical Association’s Board of Directors, is active within the VMCVM student mentorship program, and is the co-chair of the VVMA’s Power of 10 programs for recently graduated veterinarians.

She and her husband currently live on a small farm in Warrenton, where she enjoys gardening and spending time with their myriad of creatures, including Lily, a terrier mix, Skipper, a German Shorthair Pointer, several barn kitties, two horses, a mule, and a small flock of chickens. 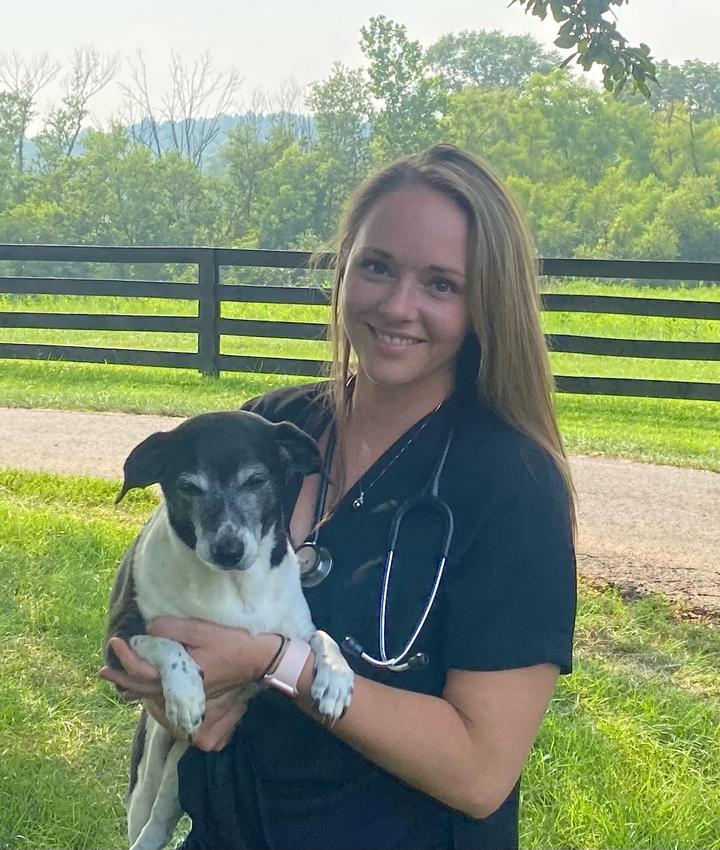