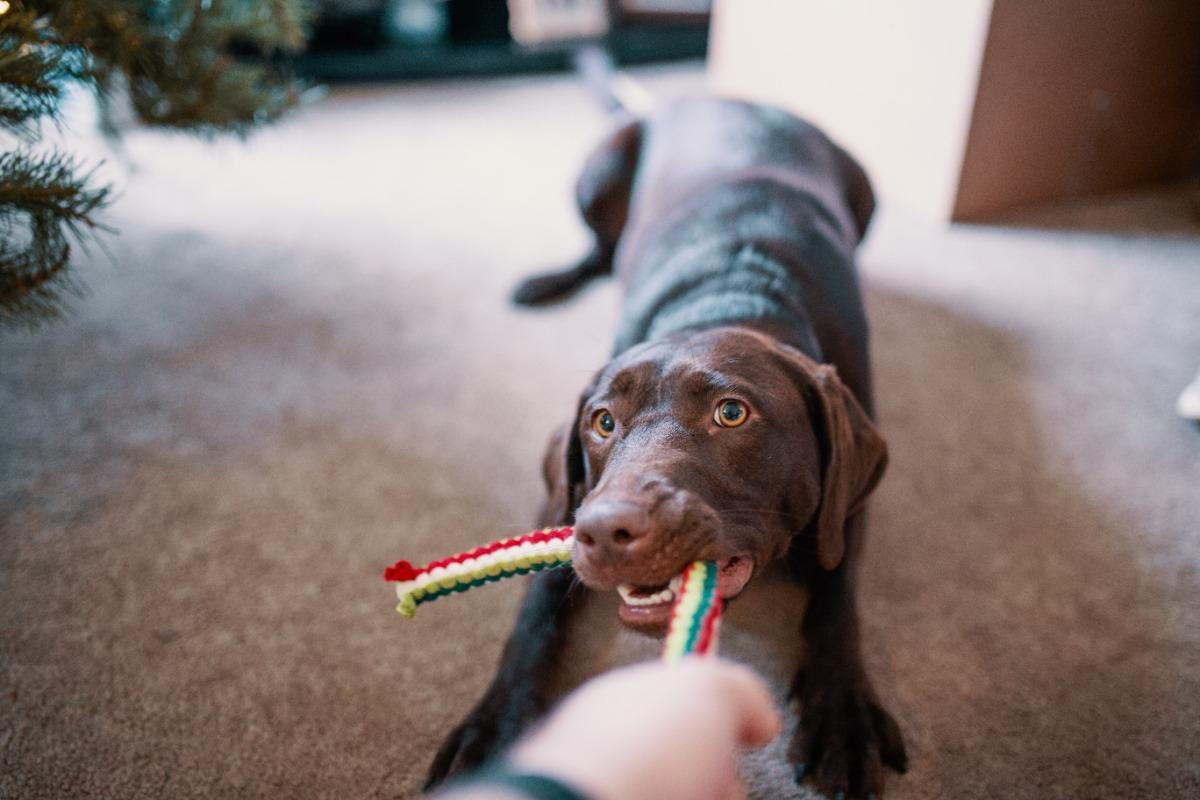 Welcome to the fall!  Leaves are changing, temps are dropping, and we are all slowly making

plans for the holidays.  This time of year, I am often asked to discuss what foods and plants can

be toxic.  Toxic substances are found all around us, and toxicity can vary by species.  There are,

for example, plants a goat can eat that would make a horse sick.  I can eat macadamia nuts, but

my dog should not.

I think we all know to be careful with the common toxins; but I have recently been reminded that

many bad, even life-threatening, problems can be caused by items with little to no toxicity.

Specifically, I am talking about foreign bodies – in your cat’s or dog’s stomach or intestines.

My puppy likes acorns.  And sticks.  And stink bugs.  There is no way I can interfere with the

wide selection of things she likes to put in her mouth.  So, I’m careful about what she can get to,

and about what’s around her when she’s unsupervised.  I think all of you do that as well; you

make efforts to ensure that your animal family is safe and healthy.  But I get to see all the weird

These toxins can cause liver and kidney issues, or can impact the clotting cascade, or affect the

Foreign bodies can be just as dangerous.  They typically cause a problem just by their very

presence in the body.  They can get caught in the throat on the way down to the stomach.  They

can stop in the stomach.  They can wind into the small intestine.  Depending on what the foreign

intestines to twist up.  In a worst-case scenario, they can damage or even destroy parts of the

intestines.  These are often – not always – surgical cases.

stomach (about 5 pounds) which had bacon grease poured on it; the stomach full of unbelievably

sharp carpet tacks a terrier thought looked tasty; the cat who had broken into her owner’s sewing

box and eaten pins and ribbon.  Recently, another veterinarian in another state removed 8 pounds

of hair ties from a dog’s stomach.

The reason this is on my mind a lot right now is because of two recent cases we’ve seen.  A

young puppy came in vomiting; no one had seen him eat anything strange.  It took a week of

of his body.  Somehow, it had shoved down the throat, impaling the esophagus, lungs, the

diaphragm, the stomach and into the abdominal cavity.  That’s a lot of damage.  In this instance,

puppy back to his life.

In the past couple of weeks, we had a grown dog who decided water beads would taste fantastic.

They were consumed in such a large quantity that they packed his intestines and could not pass.

Surgery in this case was also necessary.  There are further details about this on our Facebook

page along with pictures.

Please remember there are many potential hazards in the world around us.  It is important to

learn about and properly manage potential toxins.  At the same time, it’s also wise to try to see

the world how your animal does.  Much of what they ingest is something they were playing with;

and – at least at my house – almost anything resembles a toy

We look forward to hearing from you